Posted by Sarah Graybills on 5:33 am in Featured News | 0 comments 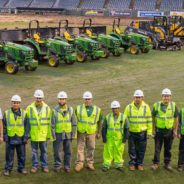 An all-Deere fleet helps a renowned general contractor stay on top of his game. Long before the Cracker Jack® snacks, before the bat crack claps back, sending a once-hushed crowd into fevered chants, before the excitement, before the glory, before the lights even come on — a solid grounding must be built. It’s built in the roster. It’s built in the fans. And it’s built in the actual playing field by the highly regarded Bush Sports Turf of Milan, Illinois. HERE’S THE PITCH The rain is relentless, but so too are owner...

Posted by Sarah Graybills on 7:19 pm in Featured News | 0 comments 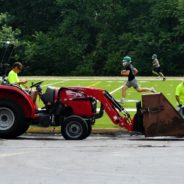 ROCK ISLAND — Alleman High School debuted its newly surfaced Alumni Field with a football practice Wednesday. The field, located behind the high school, has been used for nearly 70 years as the school’s main football practice field. With a new multipurpose artificial surface, the field will be used for a number of sports at various levels, as well as by feeder schools and for other educational needs. Bush Sports Turf recently finished putting in the surface. The cost of the project was $600,000, and it was paid for by Alleman... 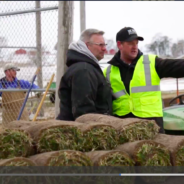 Field Heals with Celebration of Gratitude

Posted by cdarland on 9:10 pm in Featured News | 0 comments 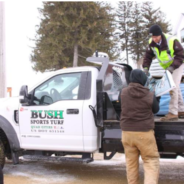 KWWL – Eastern Iowa Breaking News, Weather, Closings Snow lay on the Field of Dreams April 16, and wind chills hovered near 20 degrees thanks to a 25-mph wind. Yet, there was a warmth on the field as dozens of volunteers from around the Midwest helped lay sod and infield material, repairing damage caused to the field by an act of vandalism in January. Bush Sports Turf provided equipment and expertise to repair the field. The Milan, Ill., firm has worked on several major league fields, including Comerica Park, home of the Detroit Tigers,...

Posted by Sarah Graybills on 7:58 pm in Featured News | 0 comments 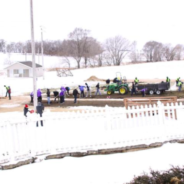 If you ask for help, they will come. On Monday, people came. It may not have been a line of endless headlights winding through the rural Iowa farmland, but it was more than enough to breathe life back into one of America’s most beloved baseball fields. “In the old days when a farmer would need help, all the neighbors would come together, and it feels like that,” said Steve Bush. “The community comes together.” Bush was part of a volunteer team that assembled at the famed Field of Dreams field in Dyersville, Iowa,...

Rebuilding the Field of Dreams

Posted by Sarah Graybills on 7:45 pm in Featured News | 0 comments 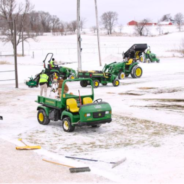 DUBUQUE (KWWL) – An eastern Iowa icon is getting back in the game. More than 50 volunteers braved the unseasonably cold temperatures to repair the Field of Dreams. “So what we’re doing in the background, we’re removing the damaged sod, we’re regrading the field to fix the ruts where it got tore up,” said Steve Bush, owner of Bush Sports Turf. The iconic field in Dyersville was damaged in January after someone drove on it, causing deep tire tracks on the grounds. Baseball fans across the country responded...

Posted by Sarah Graybills on 7:15 pm in Featured News | 0 comments 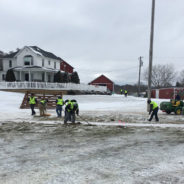 Staff members from the Quad-Cities River Bandits and Clinton LumberKings as well as a crew from Milan-based Bush Sports Turf worked Monday to help bring the “Dreams’’ to life again. Through a cooperative effort organized by Minor League Baseball, they joined representatives from two other Iowa minor-league baseball teams in helping repair the playing surface at the Field of Dreams site near Dyersville, Iowa. Ruts up to four inches deep were created on Jan. 23 by a vehicle vandals drove across soft soil at the baseball diamond surrounded by...

Posted by Sarah Graybills on 5:47 am in Featured News | 0 comments 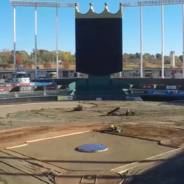 Posted by Sarah Graybills on 4:54 am in Featured News | 0 comments 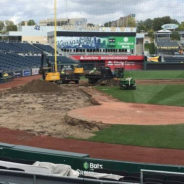 About an hour after the Royals’ season finale Sunday at Kauffman Stadium, a group of grounds crew members grabbed a golf club and put a pin in center field. This wasn’t some end-of-the-season fun. Head groundskeeper Trevor Vance let them do it because the Royals are replacing the field for the first time since 1994. And if you believe that’s just a matter of replacing the grass, think again. “This is a massive overhaul,” Vance said. “This isn’t just stripping the sod. We’re replacing the sod, we’re replacing the sand, we’re taking out part of...

Posted by Sarah Graybills on 4:28 am in Featured News | 0 comments 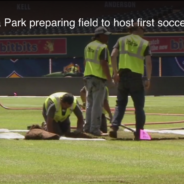 DETROIT, Mich. (WJBK) – An international champions cup match-up has Comerica Park field undergoing a transformation. Vice President Comerica Park operations, Mike Healy, is thrilled to host the first soccer match at Comerica. “We are really excited to be able to showcase international soccer in Detroit.” But getting a baseball field to a soccer field, is challenging. “We had to lower the pitcher’s mound,” said Healy.  “We also had to lower the infield’s skin, so that the infield is the same...